John is a first generation Funeral Director and the youngest of four children born to Stephen and Winifred Gardner Ligda. Along with his brothers and sister, John was raised in southwest suburban Evergreen Park and graduated from Most Holy Redeemer Elementary School. Like his brothers before him, John attended Brother Rice High School in Chicago where he was an active member of the Irish Christian Brother's Crusader Community. A 2004 graduate of Saint Joseph's College, Rensselaer, Indiana, John holds a Bachelor and Master of Arts degrees in Roman Catholic Church Music & Liturgy, and is a two-time academic scholarship recipient of the National Association of Pastoral Musicians (NPM) in Washington, D.C. He is in his 16th year as Organist & Director of Music at The Parish of Saint Joseph in south suburban Homewood, Illinois. He served two terms as Sub-Dean and was subsequently elected Dean of the Chicago Chapter of the American Guild of Organists (AGO) in 2017. In addition to the AGO, John serves as Treasurer of the Southwest Pastoral Musicians, a consortium of Roman Catholic Church musicians serving parishes in the Archdiocese of Chicago.

John is a graduate of the Worsham College of Mortuary Science in Wheeling, Illinois. Since 2009 he has served a handful of notable, high profile firms throughout Chicagoland. He is an experienced trade embalmer, a graduate of the Fountain National Academy of Professional Embalming Skills, and is an embalming consultant for the Frigid Fluid Company based in Northlake, Illinois. John is a designated Certified Pre-Planning Consultant (CPC) by the National Funeral Directors Association (NFDA), and a Certified Cremation Specialist by the Cremation Association of North America.  A consummate student, he is the recipient of the 2020 Career Development Award from the Funeral Service Foundation. Professional memberships include the Academy of Professional Funeral Service Practice (APFSP), National Funeral Director's Association (NFDA), the Illinois, the Indiana, and the Cook County Funeral Director's Associations, respectively (IFDA; INFDA; CCFDA). John holds licenses as a Funeral Director & Embalmer in two (2) states - Illinois and Indiana - and he is a member of Local 727 (Teamsters Joint Council 25) which represents several hundred Funeral Directors, Embalmers, Chauffeurs, and Livery Agents throughout metropolitan Chicagoland.

What is a Pre-Planning Specialist?
The National Funeral Director's Association Official Endorsement 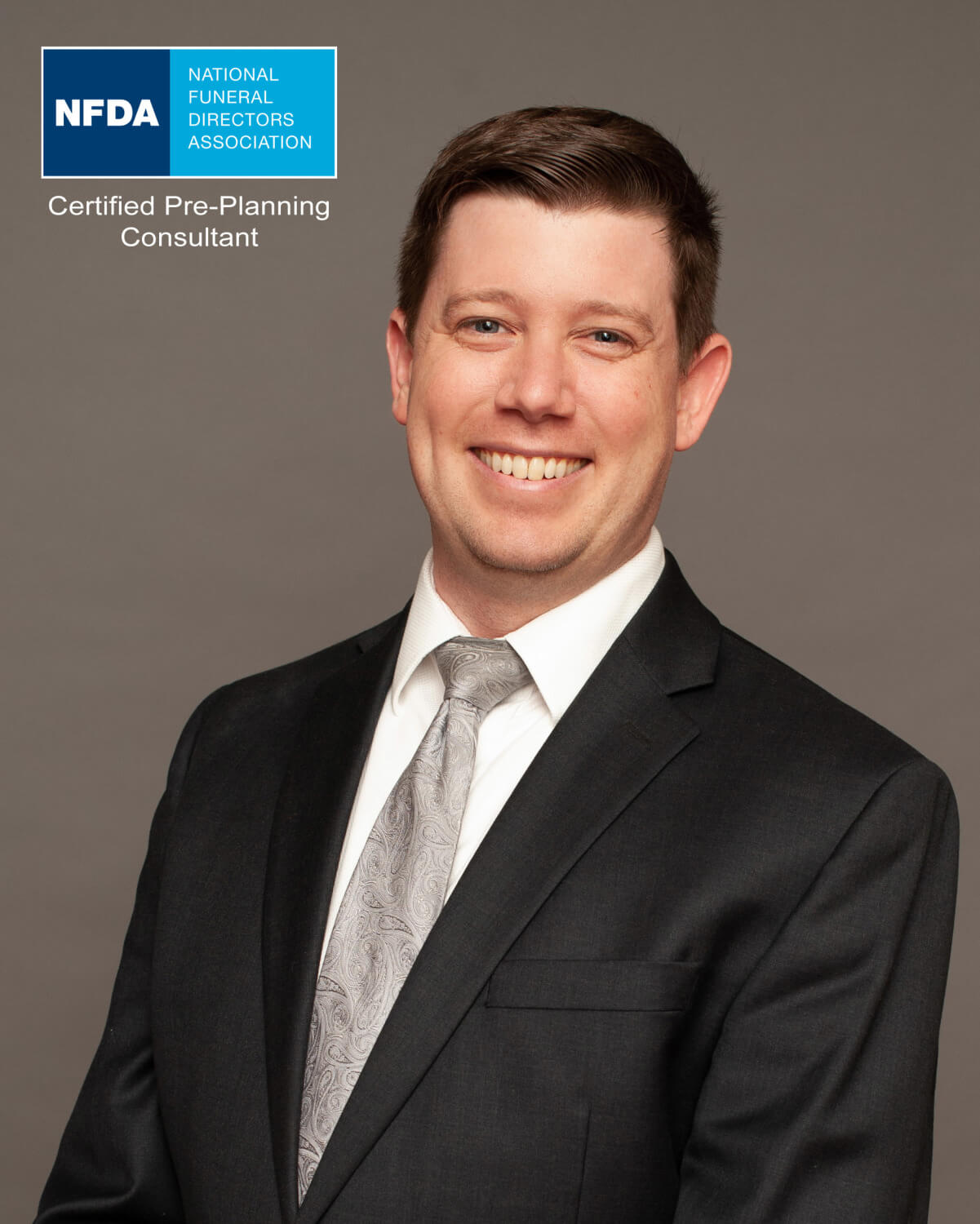 NFDA’s Certified Preplanning Consultant program, established in 1997, recognizes qualified, knowledgeable individuals who are committed to provide ethical and caring advance planning services for all families. “Those who have earned the CPC designation have achieved a unique career distinction that is highly valued by families that want to plan meaningful funerals in advance,” according to Carmella Hansen, NFDA’s director of education.

In order to become a Certified Preplanning Consultant, candidates must meet specific program requirements and pass an examination based on a standards manual. CPCs must demonstrate their ongoing professional commitment by fulfilling specific requirements as they renew their certification every four years

NFDA is the world's leading and largest funeral service association, serving 19,700 individual members who represent more than 10,000 funeral homes in the United States and 49 countries around the world. NFDA is the trusted leader, beacon for ethics and the strongest advocate for the profession. NFDA is the association of choice because it offers funeral professionals comprehensive educational resources, tools to manage successful businesses, guidance to become pillars in their communities and the expertise to foster future generations of funeral professionals. NFDA is headquartered in Brookfield, Wis., and has an office in Washington, D.C. For more information, please contact 800-228-6332 or visit www.nfda.org.

Why We Choose To Serve
A Powerful Portrait of Commitment

On October 30, 2007, the award-winning PBS documentary series FRONTLINE aired an intimate, in-depth look at funeral service. ​FRONTLINE: The Undertaking took television audiences behind the scenes of the Lynch & Sons Funeral Homes, in Clawson and Milford, Michigan, painting a powerful portrayal of the deep and profound commitment funeral service has for the families it serves. Join award-winning author, poet, funeral director and father, Thomas Lynch, as he and his sons take you through the sacred journey of life and death in The Undertaking.

To watch this PBS FRONTLINE exclusive, click the adjacent window. Note: The following video is intended for mature audiences only. Viewer discretion is advised. 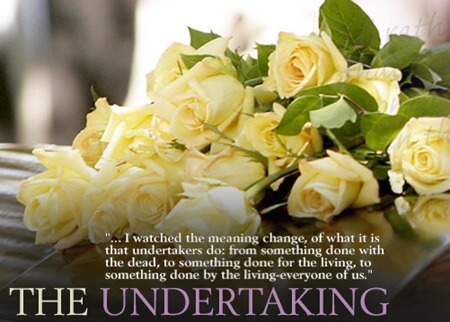 Author, Poet, Father and Funeral Director Thomas Lynch beautifully articulates the meaning of 'The Undertaking' in this powerful documentary. "Which undertaking is it then that does not seek to make some sense of life and living, dying and the dead?" 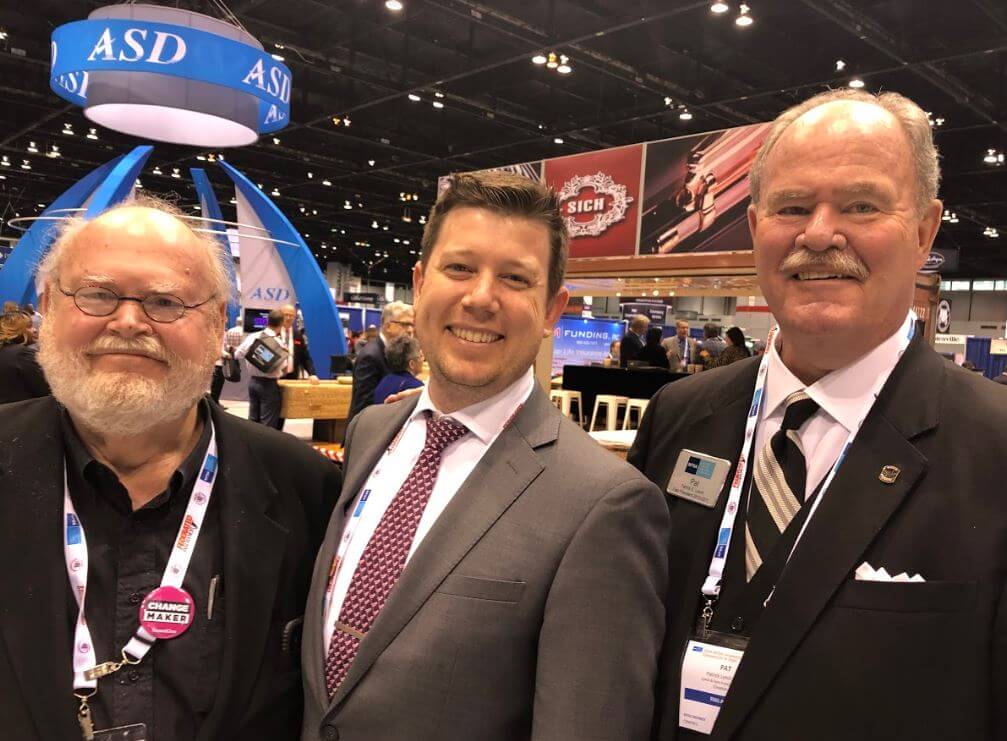 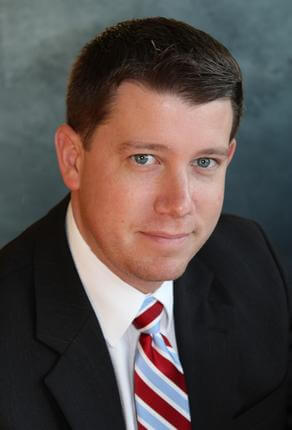 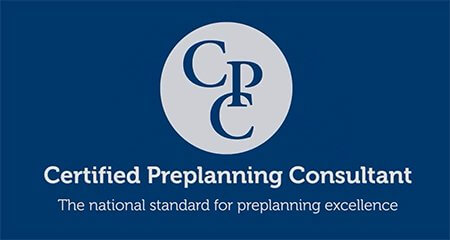 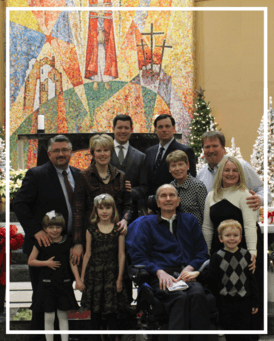 The Ligda Family has been active in their parish, Most Holy Redeemer in Evergreen Park, since 1970.